"The greatest medicine is teaching people how not to need it." - Hippocrates

Richard (Tex) Ritter is the Miracle Man. During a 30 year healing journey he has defied the odds time and again. Now 63, Tex continues to heal and regain skills. It is as if he defies aging, regressing to more youthful abilities every year. He is living proof of the plasticity of the brain and the body’s innate healing abilities; given the tools and opportunity, the body will always move in the direction of life and health.

Tex is a former United States Air Force jet pilot. Born in Virginia to Air Force Colonel Lattie Ritter and Rose Ritter, Tex was always full of spunk. In his own words, he was the “archetypical fighter pilot – intelligent, athletic, handsome, cocky, gutsy, arrogant, a dancer and a player. I had everything going for me. I had traveled the world. I had a beautiful wife. I got to fly incredible machines and work with amazing people. I had good buddies and a best friend. Until my arrogance caught up with me.”

Tex was injured in a helicopter crash on September 11, 1981, in Fremont, California, that involved high wire electrical transmission lines that were undetected due to broken controls. The pilot and Tex’s best friend, Dave Barth, was instantly killed. Tex survived, although barely. Comatose for 6 weeks with massive bodily injuries, he was eventually declared legally blind, and remained with his left side paralyzed, his left foot unusable and his speech incomprehensible. Tex received conventional rehabilitative care for three years during which he was taught how to function in a very basic way. Though he still tested out as highly intelligent and continued to work for NASA Ames for another 10 years, he was told by his medical team that there was no hope for further recovery and to learn to live with his grave disabilities.

After overcoming the initial grief and depression inherent after such a tragedy, Tex determined to remake his life and embarked on a journey of exploration and healing that was unstoppable. In 1984, Tex partook in personal growth workshops where he learned of alternative medical modalities.

Having always been an athlete and a scientist, Tex’s route to recuperation focused naturally on movement and brain enhancement therapies. He has explored many healing modalities that have helped to restore his sight, his speech and his functions including chiropractic, Hellerwork, auditory integration therapies, sacral cranial therapy, the Bates Vision Therapy, Sensory Learning Therapy, the Guy Berard System, Rolfing, lymphatic massage, infrared therapies, cranial acupuncture, fascial release therapies, reflexology frequency and vibration therapies, Russian-derived rehabilitation therapies, raw food, and massage therapy. Each healing modality provided some significant breakthrough for Tex, providing the impetus to keep on the path. His treatment modalities are documented in the Tex Ritter Time Table.

In January 2011, Tex teamed up with Elize St. Charles and incorporated yoga therapy, pranayama, enzyme therapy, personal coaching and The Listening Program© into his routine. The results speak for themselves, as visible in the before and after photos and videos provided below.

The above video was taken after 2 months of treatment. Using The Listening Program at first once a day for 15 minutes and then twice daily for 15 minutes, Tex progressed very rapidly with marked improvement in his balance, gait, rhythm, stance, posture. His core muscle tone is improving also.

My name is Richard D. Ritter. I suffered a traumatic brain injury in September 1981. I had evolved through a 29 year alternative healing journey when I met Elize St. Charles. I have worked with her doing movement therapy, coaching and The Listening Program®. When I met Elize, I was still dealing with some problems. My left thumb was frozen, my walking was fearful and uncoordinated, and I fell a lot. All the fear was tied up in the left foot and hip, resulting in a slow gait with a cane. In therapy with Elize I got my left foot and side grounded and I can use my thumb now. My rhythm and balance have improved dramatically through a computerized “iListen” program. After four weeks I am walking without a cane, and people don’t recognize me. And I am speaking clearly. 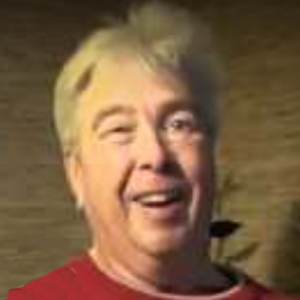 Thumb Use Regained After 30 Years

When Tex began working with Elize, he was unable to move his left thumb. It was locked immobile in an awkward position leaving him unable to grab, hold, clasp, grasp, wring, squeeze, pinch, etc.. No therapist had thought it worthwhile to attempt to rehabilitate his left hand. His left side large and small motor skills were consequently very limited and under-developed. Through a program of strengthening and vigorous massage and acupuncture to the joint. Tex is now able to move his thumb and uses his hand much more. We see no reason he won’t regain full, normal use of his hand.

Speech can be Understood

Before The Listening Program Tex’s speech was virtually incomprehensible. Words were slurred, swallowed and spat out. It was difficult to converse with him. Telephone communication was particularly prone to misunderstandings. By week 8, Tex has much better control and enunciation.

Dr. Elize St. Charles, Ph.D., of The Healing Atelier, is a unique concierge health consultant for both individual clients and healthcare professionals. Focusing on root causes, terrain, and returning the body to a flexible homeostatic state, she specializes in gentle, non-invasive, non-toxic medical modalities drawn from the best of modern and ancient therapeutics from around the world.